Image Source: Alchetron
CONTEXT
It started in 1953
In mid-August 1953, the Ionian island of Kefalonia, Greece was the epicenter of a series of over 100 disastrous earthquakes. The worst, striking on August 12th, measured at a magnitude of 7.2 and left the island almost entirely demolished. The greatest blow to the island, though, was nearly all of its inhabitants abandoning the wreckage. Standing as a graveyard of ruined, ancient Venetian buildings, the island and its remaining population were at an economic standstill. Over the next few decades, the island was rebuilt using strict anti-earthquake guidelines. While most of the reconstruction was built with safety in mind over aesthetics, some of the original architecture was restored or, in few cases, left untouched. These skeletons of ancient structures mostly consisted of churches whose sentimental significance was too great for the immensely religious local community. These buildings that are so vital to the narrative of Kefalonia are at risk of deterioration, urban development, and a loss of history as the generation of their original congregation dies out.

Who we're working with
The Hellenic Republic Ephorate of Antiquities of Kefalonia (35th Ephorate) was the archeological team onsite whose main objective was to preserve the history at risk around the island. We worked with the Ephorate to determine a variety of churches in need of documentation and cataloging in different areas through Kefalonia. In the beginning, they taught us the system of documentation they used professionally so that the work that ensued could be easily translated into their previous archive.
Through the instruction of Professor Scott Townsend and in partnership with the Ionion Center for Arts and
Culture, we were also tasked to apply this catalog into a designed artifact to encourage communication in the community in a effort to preserve local, personal accounts of the buildings. 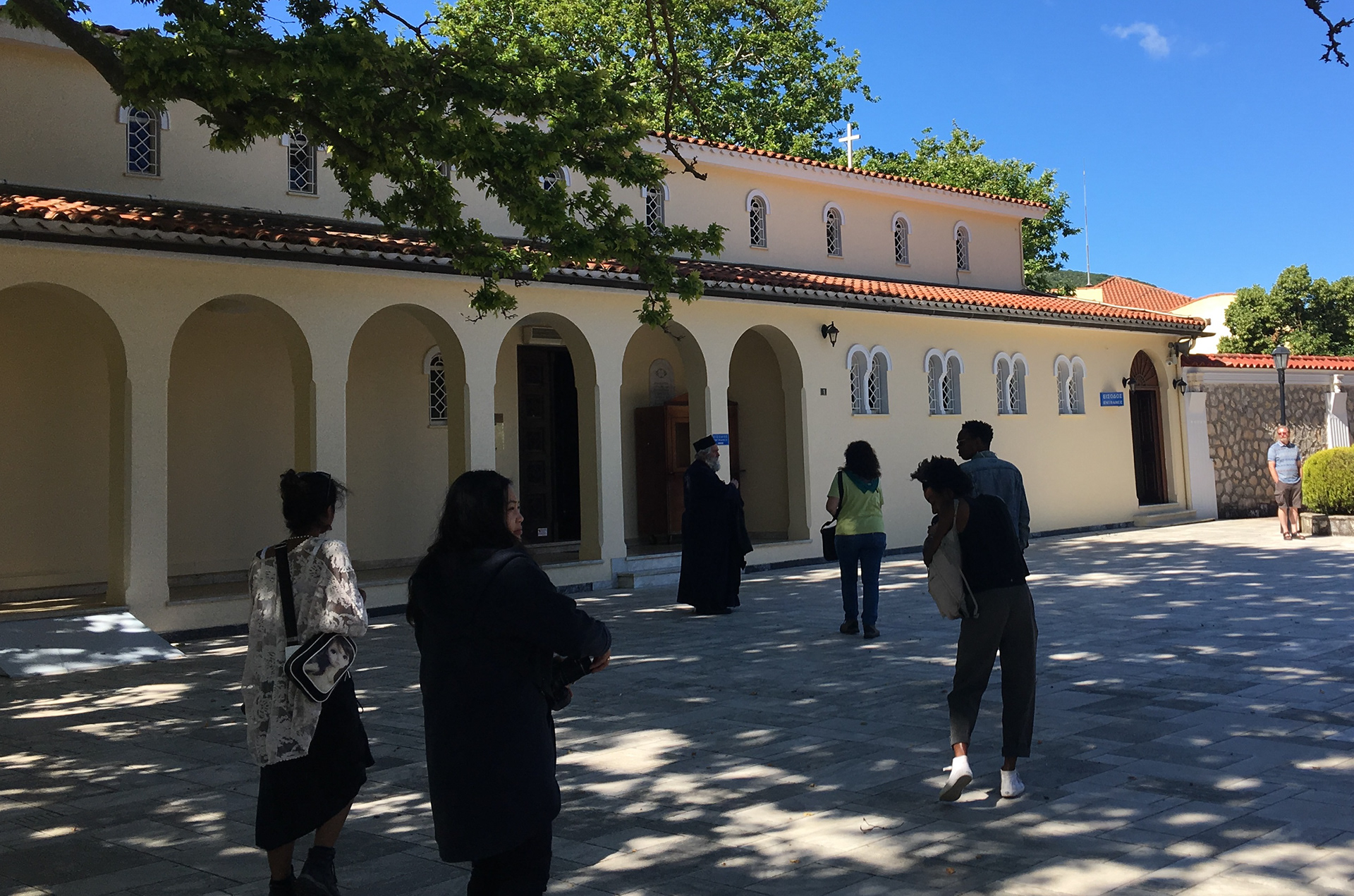 RESEARCH
Over 3,000 pictures taken
The first step in creating an accurate database for the 35th Ephorate was to visit the sites themselves and document and roughly map everything from wide, panoramic views to micro, architectural details. This usually started with researching the sites online to gather as much data known about them as possible beforehand. This included gathering arial photographs, discussing with the Ephorate about any important information, and reading about any history that was available. With this knowledge in mind, my team and I would pair up and divide the site into sections- often one person would take the pictures while the other would draw a rough map of the site and record the picture number and where it was taken. Through the eight sites we visited, we captured over 3,000 images.
Building a dialogue
One of the most fascinating parts of working in such a small community was how eager and open people were to assisting us with our research. On many occasions a local priest would drive to the site with us to give us firsthand accounts of the churches and their importance. In some instances, neighbors who lived around the site would walk up to us and give us information. There were times where we were invited into peoples homes for an angle they would think would be good to photograph. These interactions showed how important the work we were doing was to the people and gave us a rich background to what was usually just rubble that was invaluable moving forward. 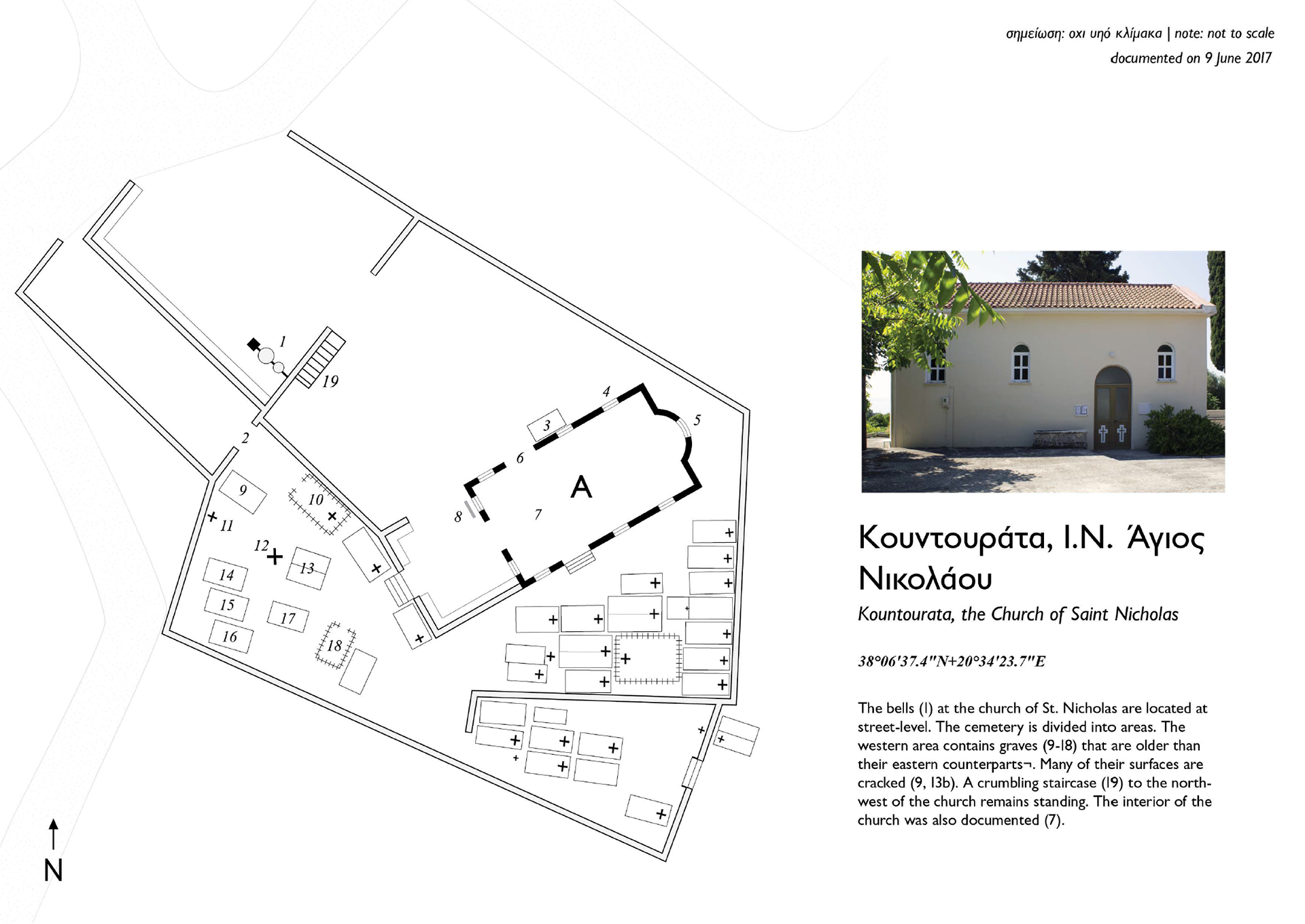 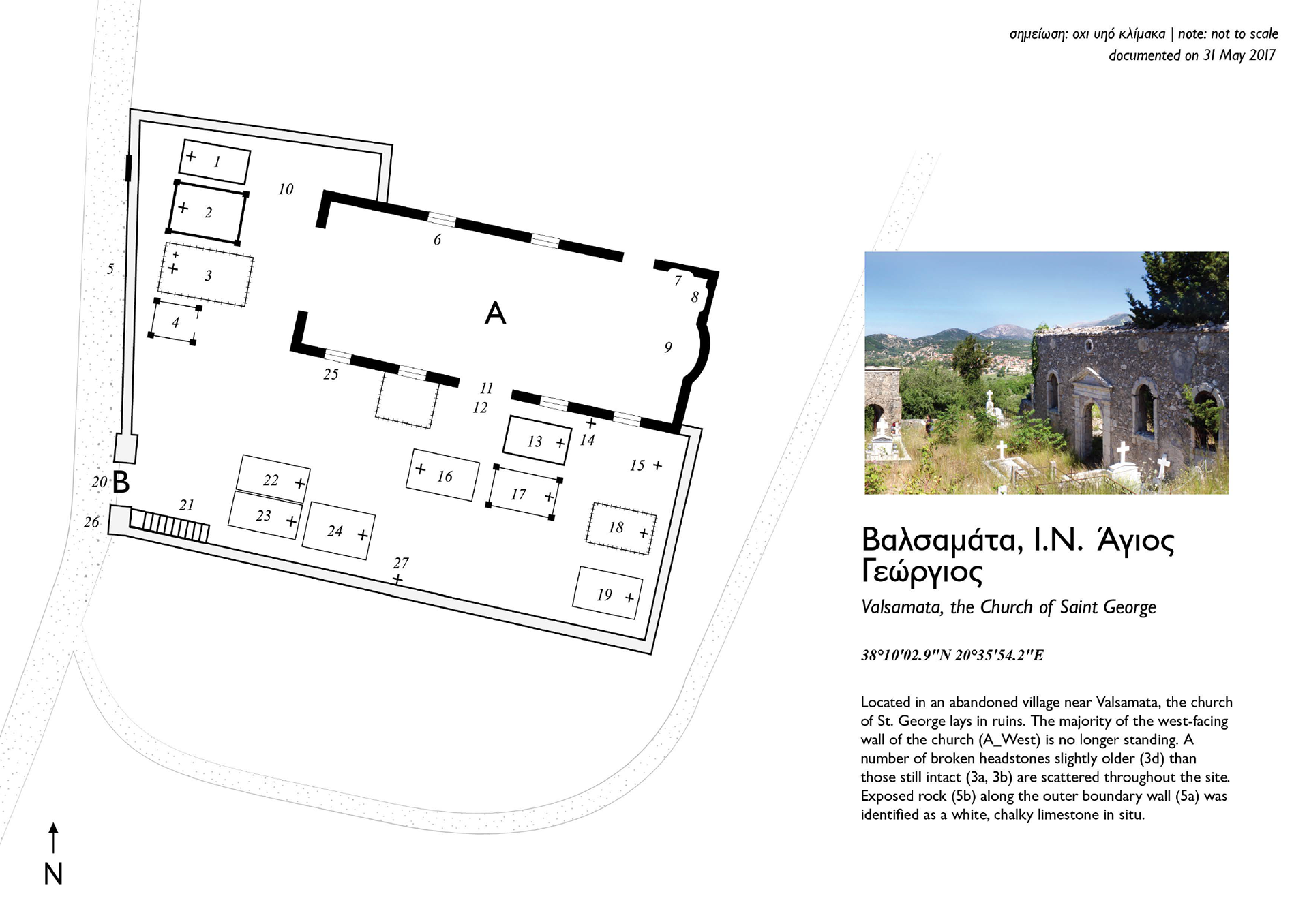 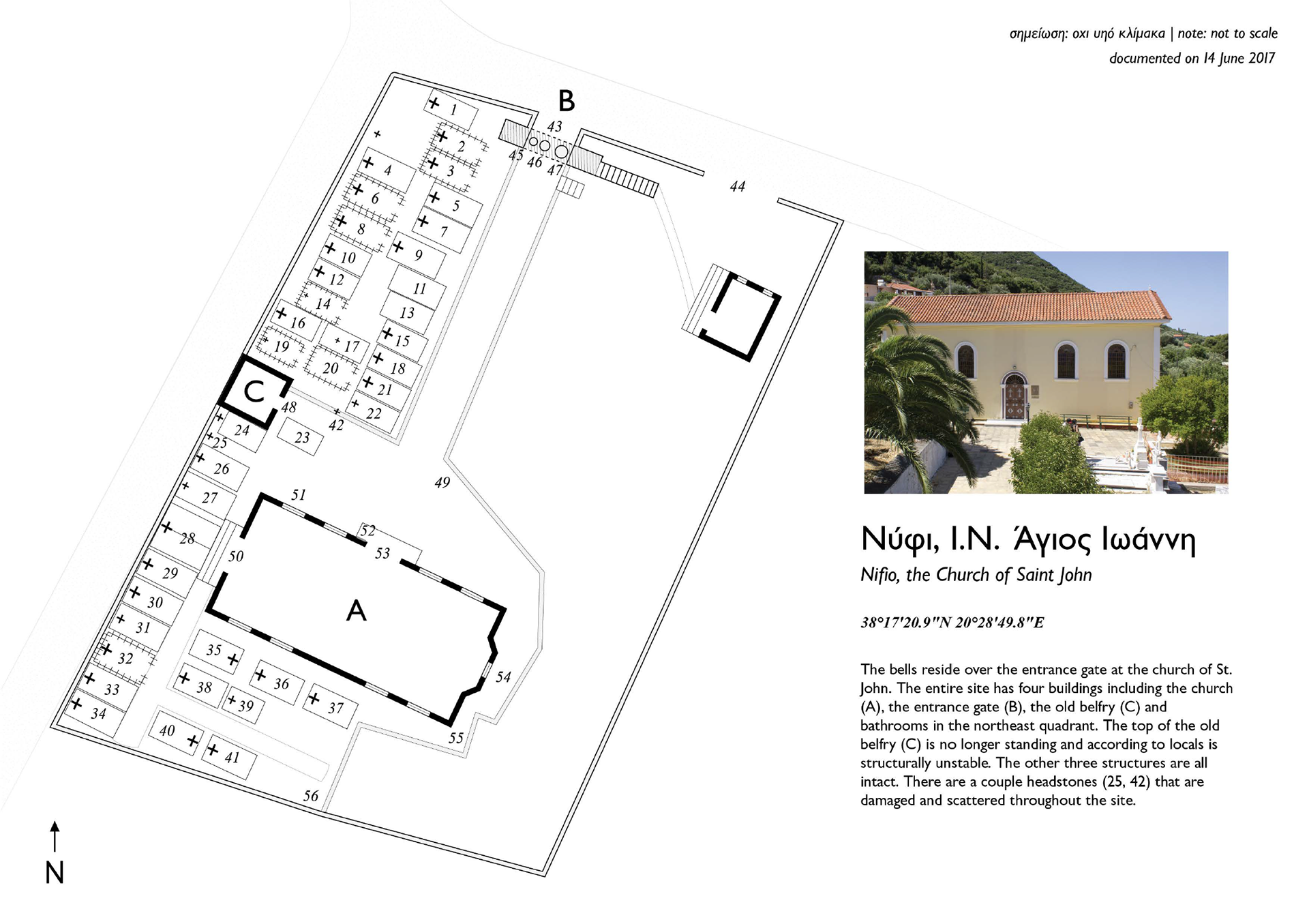 FINAL PRODUCT
Spirit of the island
Our final maps of the sites were formatted in conjunction with a large database of images. The system of naming and numbering the images and the layout of the map was designed to help orient someone through the space while only having a 2D view. According to the Ephorate, they plan to use this documentation as a way to help rebuilding efforts in the future if any part of the site were to be damaged. Working with a scientific mindset to best fit with the Ephorate's standards while maintaining a design perspective resulted in a new format that could be used both for an archeological resource but also in the field as a way to spark conversation with the local population.
Down to earth
Our work was presented at the Kefalonia Archaeological Service by the Ephorate to an audience including the mayor of Kefalonia Alexandros Parisis and the metropolitan bishop of Kefalonia Mr. Demetrios.
The work was also featured in the NCSU College of Design blog. 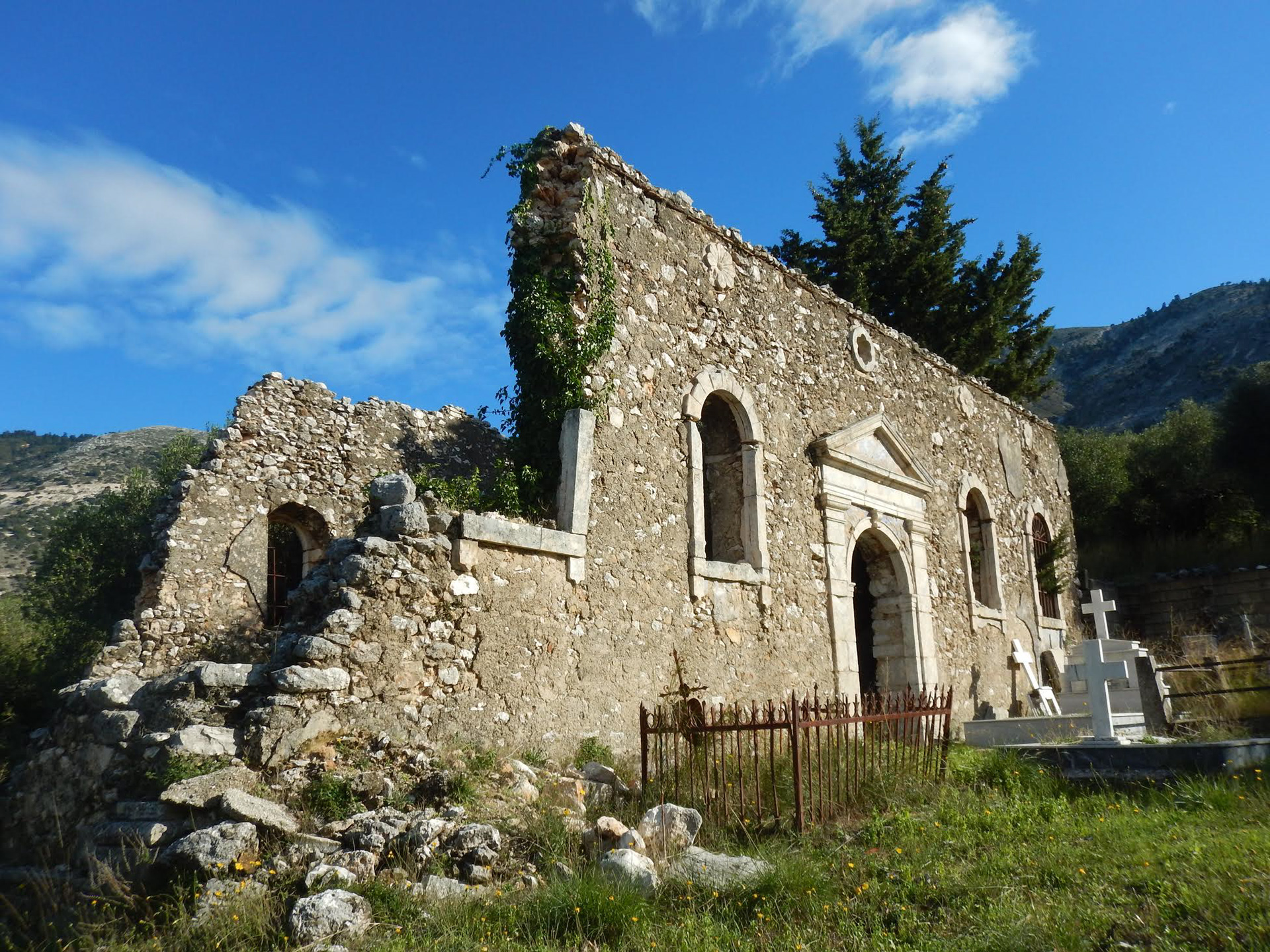